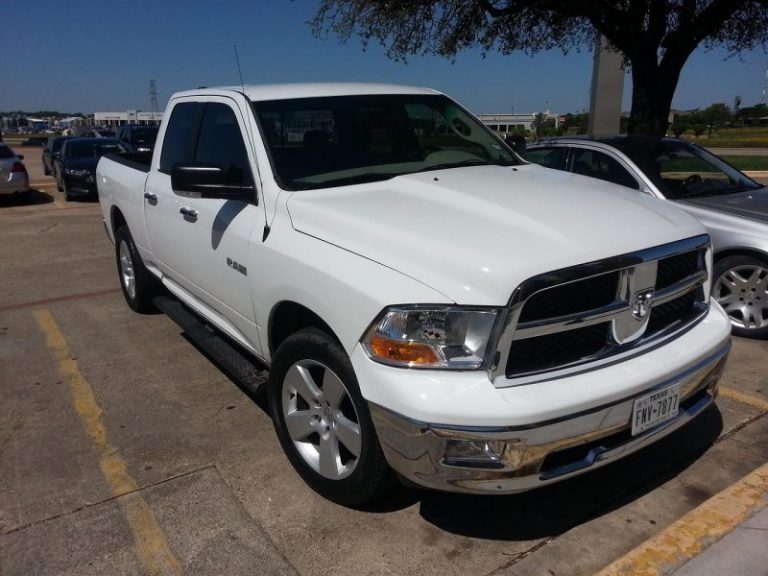 Want to fix dodge ram acceleration problems? in this article, We have discussed it thoroughly.

Dodge is an American automobile brand under the manufacturer FCA US LLC, or simply Chrysler.

Their products are mainly trucks and passenger cars, and some of them are very iconic like the Dodge Charger and Dodge Challenger.

One of their pickup trucks, the Dodge Ram, has also been their prized product that received many accolades.

In 2009, Chrysler separated the Ram truck series from the Dodge brand in order to focus on Ram’s development and improvement.

Since then, sales have surged. However, technical issues have been marred on this pickup truck such as its acceleration problems.

Want to check out the best gas/diesel shocks for dodge ram trucks to carry the huge load with a smooth ride?

History of the Dodge Ram

To better grasp the acceleration problems of the Dodge Ram trucks, we need to have some sort of comparison and even a bit of a connection on why it has been a big deal.

By tracing its roots, we can assess how it was made to be and also what are the expectations of its performance.

The Dodge Ram’s first line of trucks was presented in 1981. They were just 2-door style pickup back then. As the years went by, the engines and transmissions used are getting better and more powerful.

For the users who are searching for the best 12v fuel injectors for the RAM truck, we complied with the top 10 products.

In 1994, the second generation of trucks was introduced from the idea of a less sedan-looking and more masculine-type of trucks.

Let us highlight the most powerful models in each generation. In the first generation, the ones using the Magnum V8 engine can deliver a power of about 230 horsepower with a torque that is rated to almost 300 lbf-ft.

The second generation, the Cummins engine, is being more utilized which can deliver around 235 horsepower and can have a torque of more than 420 lbf-ft.

In the third generation, Hemi engines were used in production. All Ram models were getting even more powerful.

When the separation was finalized, the fourth generation of Ram trucks is getting bulkier and more accommodating to truck enthusiasts. The Ram 1500 model had achieved a 395 horsepower with a 410 lbf-ft torque.

The 2500/3500 model achieved a 400 horsepower and a torque of around 1,000 lbf-ft. Meanwhile, the Chassis Cab model also had almost the same range of power but with an improved torque of around 750 lbf-ft.

Read the next about the top rated automotive group 65 batteries for car/truck/SUV/jeep.

By the time the Ram truck line utilized the Cummins engine, it saw a growth in sales. In 1994, the redesigning of Ram truck had received the “Truck of the Year” award by Motor Trend and eventually had a rapid rise in sales the years following. During the third generation, the increase in sales continued but the competition had sold way more.

By the time of Ram’s independence, so many changes were made from various details of the design which obviously saw more market on developing more powerful and convenient trucks.

To sum it up, the Dodge Ram is meant to be a really amazing pickup truck performance-wise. The company’s commitment is there and obviously the attention to detail as well. It was improving from a casual pickup truck and become a really hardcore multipurpose vehicle.

As performing as the Ram truck line may seem over the years, you might be wondering if it’s the ideal brand. After all, it was already a testament of commitment when the said truck line is its own independent brand from the Dodge line.

Do you know how to fix the sputtering problem for the dodge ram engine? If not maybe this article will help to fix the issue.

However, like all things, there is no such thing as perfection. There will always be problems you can encounter, and the Dodge Ram trucks are not exempted.

Over the years, each model from each generation has its own set of problems. They range from the smallest details such as bearings and bolts to the larger body structures.

Several engine issues and the much complex system of their modern pickup trucks, the Totally Integrated Power Module or TIPM, are present as well.

However, nothing is more discouraging than a problem with acceleration. It’s really disappointing to have something that is supposed to move fast and has brake controls having difficulties in moving after all.

The tips of changing brake pads and the rotors on the vehicle.

There were complaints from various individual owners filed to the National Highway and Traffic Administration (NHTSA), the US agency handling vehicle safety.

It was mostly concern about the Dodge Ram 1500 models from the latest fourth and fifth generations of trucks. Summarized below are the statements of some of the complaints through mediums like carcomplaints.com:

01. Complaints regarding Dodge Ram 2011 – 2016 model (compiled by classaction.org with reference to carcomplaints.com)

As dangerous as those situations mentioned was, there seemed to be no fatal accidents related to the problem. The acceleration issues of the Dodge Ram consist of only some cases since its first generation.

Before it was separated, Dodge Ram had experienced the highest problematic cases during 2001-2003.

It was during this period that the third generation of Dodge Ram trucks was introduced, and to be fair, the units sold were much higher compared to the previous generations.

When the Ram brand became independent, the most that it experienced issues are from 2013 to 2014.

During the year 2002, Dodge Ram had estimated a thousand NHTSA complaints. Out of them, only 25 are related to acceleration problems – covering vehicle speed control, accelerator pedal, and cruise control. The most prevalent problem was about the dashboard cracks.

By the time Ram become independent in 2014, the truck line had about 293 NHTSA complaints.

Out of those complaints, 46 might be inclined to acceleration issues – covering vehicle speed control and accelerator pedal. The most prevalent issue at that time was the engine itself.

Though minor they may be, acceleration problems pose really high risks. They can cause so much damage both to the problematic car and the other elements crashed unto.

These are the following possible causes of such acceleration problems according to yourmechanic.com:

This happens due to the engine having an imbalance mixture of air and fuel, with air likely to be not enough. It will show signs of hesitation and will worsen over time.

This issue is very much hazardous and can really cause harm to anyone around and inside. If certain situations involved around this issue, NHTSA is very much open for investigation.

Solutions to Each Problem Encountered

For sluggish acceleration, the problem can be very annoying. It can also cause traffic and accidents around the vehicle. The best way to solve such a problem is to replace the parts concerned. It can be done in repair shops and the manufacturer’s service centers.

For sudden acceleration, the problem can be very critical. Even if the possible causes are already stated, such an issue remains to be unresolved.

If situations arise where the problem occurs, just simply turn off the ignition switch and place the car in neutral while having the situation of your surroundings in mind.

If it occurred on more than one occasion, essentially putting your life in danger, it is better to have the unit recalled since the risk is too high to be resolved by repair.

It sucks to have such problems in your car, but it is better to have them discovered in advance. Due to that, test drive and break-in are very important.

The conditioning of the car and the driver’s perspective will validate the performance it was designed for.

For any complaint regarding the performance of the car that endangers your safety, you can file a complaint to NHTSA. If you read the dealer’s policy, make sure you are covered for the warranty or even a recall.

In extreme cases like injuries or fatalities, you can always use the arm of the law. File a lawsuit towards the company for such damages done by the faulty systems of the vehicle.

Overall, the Dodge Ram truck seems to be a very nice vehicle with few inconsistencies in its performance. It’s capable of serving multiple purposes including your personal usage, business deliveries, or even excursion services.