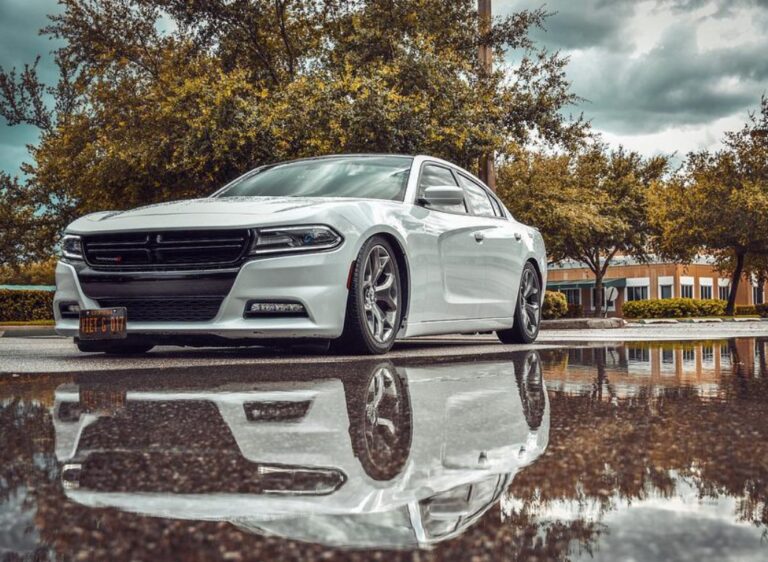 The Dodge is an American institution; a model made famous by TV and film throughout the years.

The company originated in 1914 in Detroit, Michigan, and by 1915, more than 45,000 cars had been sold. Walter Chrysler bought the company for $175m in 1920, around $2.5bn by 2022 standards accounting for inflation. That demonstrates the stakes in the motor industry at the time, and Chrysler knew a winning hand when he saw one.

After World War II, Dodge became involved in NASCAR and the muscle car scene, and the Charger became one of its most popular models. It helped that the car got exposure on television shows such as the Dukes of Hazzard, promoting it to the US public and cementing it with the wider world as a quintessentially American motor. In 2020, the Challenger was still the best-selling two-door in the country, leading the Ford Mustang and Chevy Camaro.

Many stars of stage and screen have got on board with Dodge ownership, taking a gamble on a US institution. Their models are aspirational, with some seeing them as a once-in-a-lifetime purchase that you have to own just once. Other stars see them as something to collect, buying a pair, or spreading their collection across many models and collecting a full house of the iconic motors.

Which celebrities are well-known Dodge owners, and what models do they drive? We’ve got a breakdown of four here for you to enjoy.

Jim Jeffries is known for his cutting-edge comedy and his satirical and often foul-mouthed take on the world. He goes all-in on his live shows, which has helped him cultivate the persona of a must-see stand-up artist who is guaranteed to make you laugh if you keep an open mind. He’s enjoyed notable success since moving here from Australia, having created and starred in the American FX sitcom Legit as well as the Comedy Central late-night program The Jim Jefferies Show.

He’s also a huge fan of his 2011 Dodge Challenger SRT8, in bright orange. His love of the model came from his childhood, where he admitted to Motortrend.com he’d been a fan of toy cars of the same style. “I had Matchbox cars and Hot Wheel cars. They were Ferraris, Porsches, Mustangs, Camaros, and Challengers. I never had a Matchbox car which was a BMW or a Mercedes,” he says. “I really enjoy a good muscle car. I love them.”

Bilzerian’s wealth is legendary, and he’s often seen on social media flaunting his luxurious lifestyle. He isn’t listed as one of the greatest poker players ever by Poker.org, but he should be if his claims are believed. He puts much of his wealth down to winning more than $50m in poker games; that’s significantly more than some players on the poker circuit today. He’s also a huge fan of cars, with a garage including models such as a Lamborghini Aventador and a Rolls Royce Cullinan. He completes a straight flush of car models with a Dodge Ram 3500, a popular model.

He’s not the only celebrity to own such a vehicle; Kelly Marshall has a pair of them, but Bilzerian didn’t settle for the standard 2015 model; he had it customized to the max with everything from new shocks to upgraded Dodge transmission. That included a Custom three-inch Lift with fabricated radius arms and axle truss, a torsion sway bar, 2.5×10 King Shocks Coilovers and a Deaver suspension including leaf springs. Phew, that’s a custom job worth piling those poker chips up for.

63-year-old Patrick is a long-time star on the cinema screen, having mostly portrayed villains during his career. His most famous role was that of the T-1000 in Terminator 2: Judgment Day, a relentless cyborg sent from the future to kill John Connor. He appeared in other big-budget action films of the era, including Cop Land and The Last Action Hero; he even played Johnny Cash’s father, Ray, in Walk The Line. He is a recognizable face that you might often ask, ‘what’s he been in?’ such is his ability to create the persona of a faceless villain.

He drives a Dodge Challenger Hellcat, black rather than the orange pictured. He’s always been a keen motor enthusiast, and upon purchasing his new wheels, he remarked, “I’m 56 years old, I’ve had hot rods my whole life, and I finally have the ultimate Detroit muscle car.” It’s certainly a muscle car to get noticed in. With 707 horsepower, he could perhaps even outrun the T-1000.

Kenny Wayne Shepherd is an acclaimed guitarist and singer-songwriter, enjoying notable success with his blues-infused tracks. Eight of his albums have topped the US blues charts, with 1998’s single Blue on Black topping the US rock chart. He’s a musician of some note who experienced controversy due to his love of a Dodge. Last year, he was nominated for a blues award but was removed from the process due to his Dukes of Hazzard replica displaying the Confederate flag, according to Variety.com. “The car was built 17 years ago as a replica and homage to the iconic car in the television series ‘The Dukes of Hazzard,'” he said. Years ago I put that car in permanent storage and some time ago, I made the decision to permanently cover the flag on my car because it was completely against my values and offensive to the African American community which created the music I love so much and I apologize to anyone that I have unintentionally hurt because of it.”

Whilst that 1969 Dodge Charger has caused him controversy, his extensive collections of other models from the manufacturer are impressive. Dan Bilzerian went all-in on a single custom job, but Shepherd has a full house of models. He has a 1964 330, a 1970 Plymouth Duster, and a 1972 Charger. He even owns a Caravan RT for family vacations.